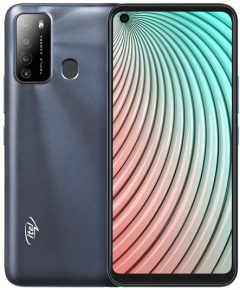 Read the specs carefully: There are two main other smartphones in the iTel S16 Pro-series, different from the standard S16 here. One  of these is 4G LTE system capable, while one other is perhaps not. The key difference between the 2 is their processor. The non-4G version has quad-core Cortex-A7 CPU, even though  the 4G-version has an octa-core Cortex-A53 CPU. Both phones has  a 6.6-inches HD+ display with 720 x 1600 pixels quality and a punch-hole notch housing the camera that is selfie.

The S16 Pro 4G version is driven by way of  a 1.6GHz octa-core UNISOC SC9863A Central Processing Unit along with PowerVR GE8322 GPU, although  the non-4G variation has a 1.3GHz quad-core CPU with Mali T820 GPU. Just How are you aware which is which? There is  an indication of 4G regarding  the box associated with the LTE version. Both phones has 2GB RAM and 32GB of expandable storage that is internal.

Are you aware that digital camera setup, the S16 Pro has 8-megapixel main lens, whilst the S16 Pro LTE has 13-megapixel lens. Both has exact same auxiliary which carries  a 2MP secondary depth and a 3rd AI lens, while a single 8-megapixel sensor is kept upfront.

Both has a rear placed fingerprint scanner, a 4000mah battery and runs on Google Android 10 (Go Edition) out of  the package. The full specs and silent options that come with iTel S16 Pro 4G and non-4G model are within  the  table below.