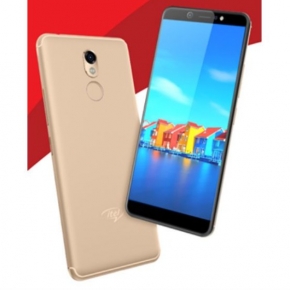 Specs score is a number from 0 to 100, based on most important specs features (like RAM, CPU, display and others specs).
Positive points:
looks premium smartphone
big display
available fingerprint sensor

Itel S11 Pro smartphone was launched in February 2019. The phone comes with a 6.10-inch touchscreen display and an aspect ratio of 19:9.

As far as the cameras are concerned, the Itel S11 Pro on the rear 8MP Camera. The rear camera setup has phase detection autofocus

The Itel S11 Pro runs One UI based on Android 8.0 and packs 8GB of inbuilt storage that can be expanded via microSD card (up to 32GB).

basic info
General
Connectivity
Display
Body
Camera
Battery
Performance
Other Features
No images / videos for this content
Write a Review No ratings yet
Disclaimer : The price of Itel S11 Pro is BDT 7790. Itel S11 Pro Price in Bangladesh is updated daily from the price list provided by local shops and dealers but we can not guarantee that the information / price / Itel S11 Pro Prices on this page is 100% correct (Human error is possible), always visit your local shop for exact cell phone cost & rate. Itel S11 Pro price Bangladesh.